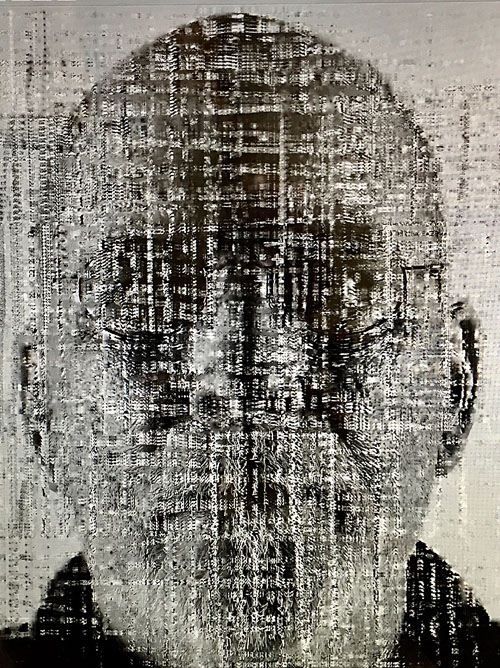 The work displayed on this site is a partial survey of graphic interests employing traditional and advanced print methods, drawing, photography and more recently digital formats. It also celebrates the act of "making" and production including an investigation into processes that lend themselves to extensive reworking and transformation. The work asks the viewer to linger and look harder than normal at the attention to detail and materials. In short, to celebrate the process.

It also documents the changes, the ebb and flow of interests, the risks and failures that seem to exhaust themselves after four or five years of research. This is clarified by the categories displayed that feature changes in style, technique and attitude. Although the work has loosely followed historical developments, it has never aligned itself with a particular theoretical movement or signature style.

One can think of making states of prints as one form of "stop action" where a particular image is examined in various stages of development. A drawing, especially on a stone, is refined and revised, and each alteration printed becomes a form of documentation of the creative process. (Think of Picasso's bull series.) The print matrix can literally store time by holding the marks and reductions of past decisions. This provides the viewer with the evidence of a precise and possibly an improvisational approach to image making.

Frequently the starting point is a "raw, unadulterated" image or photograph that is appropriated, recycled and Each image has a particular formal and/or psychological interest — an act of trying to invent from benign information. For better or worse, this strategy reflects current attitudes of and sampling, inundated by a culture bombarded with a continuous flow of dissimilar visual stimuli that feeds our pleasure centers physically and psychologically.

Additionally, one should be cognizant of the fact that this work was initially developed at a time and place associated with the print explosion that occurred in the late 1960s to near the end of the last century. It might be, as some have suggested, the terminal point of an unfolding drama where one obsessive interest is replaced by another — a wandering between two worlds.